After meeting successively with the legal and economic directorates of the Ministry of Economy and Finance and the Ministry of Europe and Foreign Affairs to present ICC’s recommendations to reduce the negative impact of extraterritoriality of national legislation on trade and investment, François Georges and Mathias Audit, professor at the University of Paris 1 and partner Steering Legal Paris, gathered the views of Bernard Cazeneuve in his capacity as former Prime Minister.

In the light of the Gauvain report, the latter considered this to be a subject of obvious relevance and wished to congratulate the French committee and ICC on this initiative.

He considered that the law had now become an instrument of political power and that Europe must strengthen its legal arsenal to compete on an equal footing with the other major economic powers. Taking the example of the fight against corruption, he recalled the need for France to equip itself with a more effective European shield to better protect companies against the risk posed by American extraterritorial procedures. 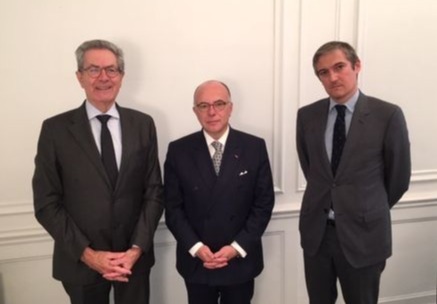